With the late arrival of Thanksgiving this year, it feels like we have been thrown directly into preparing for Christmas and the holiday season is in full swing. Creating warmth and peace in your custom home should be an enjoyable time, not stressful. Yet it seems each year there are attempts to extend the Christmas season, fueled no doubt by the retail industry and their reliance on holiday shopping. There are definitely plenty of props, decorations and reminders already in evidence before Thanksgiving arrives. While it is great fun to get in the spirit when the temperatures drop, it is also a good idea to pace oneself, so as not to be “done” with the holiday before it even arrives.

The atmosphere of reminders that creep in earlier and earlier each year is welcomed by some and ignored by others, as more and more non-Christians celebrate a season that was once only observed as Christmas. Purists to the Christmas tradition may show disdain for the explosion of commercialism that now surrounds this sacred holiday, claiming the true meaning has been all but lost. While the message may be diluted, it is also emboldened; any effort to spread and extend the feeling of peace and giving to all corners of the globe, beyond the “12 days of Christmas” time frame, should be encouraged. 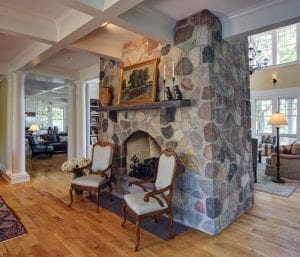 Lights are the perfect, holiday-neutral decorating element, universally incorporated into nearly any celebratory decoration, year round, throughout the world. In fact, nearly every culture has their own variation of a “festival of lights”. Lighting is also the easiest way to transition from holiday to holiday throughout the fall, a consistent presence while more holiday-specific decorations are changed out. From LEDs to candles, white to blue and any color in-between, lighting is steeped in tradition, sets the mood and frames the scene.

Candles are perhaps the most versatile lighting element to incorporate throughout the home; candlelight adds warmth and softness to a room (and is perhaps the most flattering light to be “seen” in). There are also many cultural traditions associated with candles: 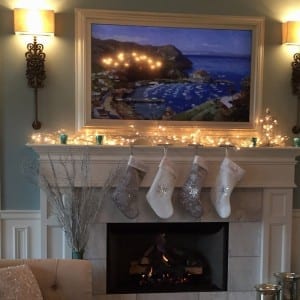 The menorah is an ancient Hebrew lamp stand with seven lamps that are made out of the pattern revealed to Moses on the mountain. Its symbolism in Judaism is one of universal wisdom, the light of God represented by the central lamp. Chanukah, also spelled Hanukkah, is the Jewish festival of lights. During each of the 8 days, candles are added and lit in a special menorah (chanukiah, which has 9 branches instead of 7).

The Hindu festival of lights is known as Diwali, which is translated into “row of lamps”. Typically occurring mid to late October, this holiday is traditionally celebrated by Hindus, Buddhists and Sikhs, but has been incorporated into many cultures throughout the world. Many little oil lamps (diyas) are lit and placed around the home, symbolizing the victory of good over evil and inviting blessings from the Hindu god and goddess. Much like Christmas, it is an important day for Hindus, with the emphasis on spending time with family and doing traditional activities.

When it comes to candles and Christmas, there are many different traditions, started in varying parts of the world. In Ireland, it was often customary to light a Yule candle rather than a Yule log. Candles were also originally used to decorate Christmas trees, a tradition brought from Germany, until safer electronic lights were invented. It is also thought that Christians adopted candles at Christmas as a symbol of Jesus, who is often referred to as “the Light of the World”. This practice dates back to the Middle Ages and may have started the custom of the Advent Crown and Advent Candles, as well as inspiring modern-day Carols by Candlelight church services. 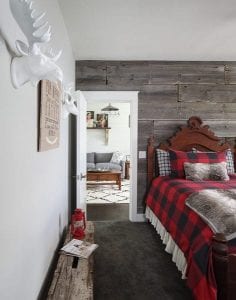 Wherever the inspiration is drawn from, candles of varying shapes, sizes and scents add life and ambient light to the holiday home. A wide range of candles, from pillars to votives, as well as ornamental or simple holders can easily enhance seasonal decorating for windows, mantles, tables and stairs. Candlelight is always an enchanting detail, a welcome flicker and warm glow, and a welcome decorative element year round that punctuates the spirit of the Christmas season.